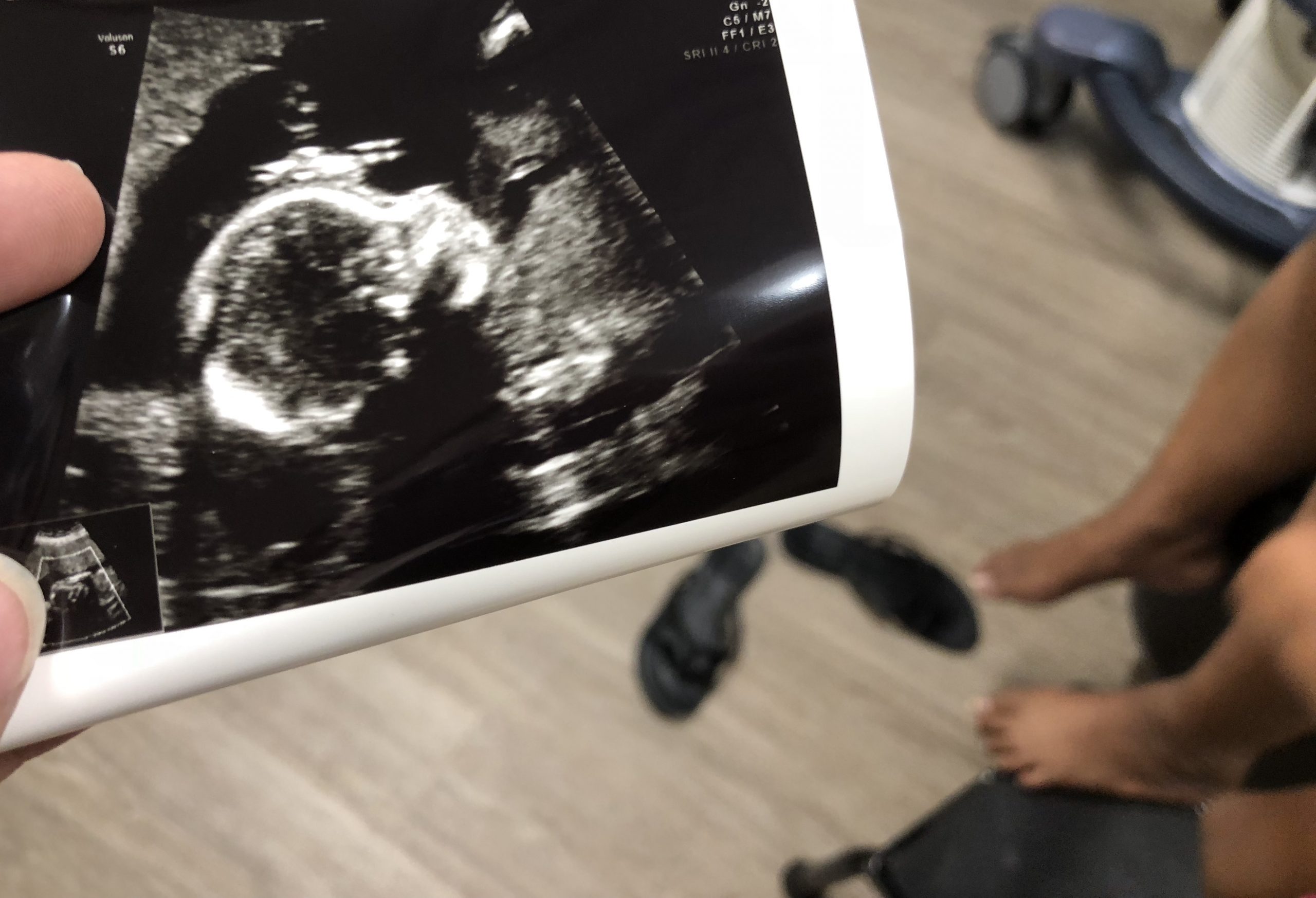 A Story of Broken Promises and Misplaced Trust

I was born and raised on an island in the Marshall Islands called “High-lang-lab-lab,” where everybody knows everybody. I am a birth mother and this is my story.

When I first found out that I was pregnant with my first born, I was still in college and I was not shocked at all. Obviously, I was happy! I really thought I could handle every bit of it but I was wrong. A few years later I gave birth to my second born: a little girl. I had a lot of struggles raising my two children.

Not long after my daughter was born, I considered pursuing my college degree again. Yet, I became pregnant again with my third child.  I was so devastated and shocked this time because I wanted to complete my college degree. While I was sitting inside our family house, a lot of thoughts came through my mind. I felt like I was a failure; a failure to my two beautiful children and a failure to myself. I realized it was time that I seek help. I had 2 options: adoption or abortion. But through God, I was routed where I never thought possible. It was then that I came to my final decision: adoption!

Throughout my first adoption, what frustrated me most were the people.  They started judging me. I wondered why they were judging me if they weren’t going to help support and provide for my baby. I didn’t really mind what people were saying about me. I knew I was not going to back down because of what people said. I wanted what was best for my child, so I kept in mind that one day my child would return to me. My friends called me names and I felt so alone in the process. I was so scared. I had a lot of concerns about where to start the process and find support. My decision was not easy for me but I thank God for the decisions he had made for me.  This is when I realized that adoption was right choice or me.

I was around 7 months pregnant when I received a call from the lawyer. Surprisingly, the lawyer told me that I had already matched with a couple from Kentucky. I was also told to get ready and pack all my belongings because I would be moving abroad to Hawaii. As I was checking into my flight, a Marshallese lady joined me. She told me if the flight attendant asked how far along I was, that I should lie and tell them I was 5 months along, not 7 months. I knew from that moment that they weren’t good people. I went forward and asked one of the flight attendants what was wrong with being 7 months pregnant on an airplane. The flight attendant looked at me and said,  “It is dangerous for a pregnant lady.” I felt like a failure again. The worst thing I did in this process was to listen to that Marshallese woman. I realized, this is how Marshallese people are taken advantage of. I wouldn’t say I received support because there were times I didn’t like the things the Marshallese lady was telling me. The lady who took over in Hawaii wasn’t really a friendly person either.

I thought after I was done and the adoption plan in Hawaii was complete, I would return to the Marshall Islands. After all, that is what they promised me. But they didn’t keep their promises. The lawyer told me that if you come from the Marshall Islands and place your baby for adoption, you cannot go back to the Marshall Islands. I was crushed when he told me that. I wanted to finish my college degree and get stable a job for my family. With a broken heart, I then asked if they could fly in my partner and our daughter to Hawaii. They were allowed to come. Once they got to Hawaii we asked to move to Springdale.

Last year, I became pregnant again, before I was ready. My daughter’s adoptive parents helped me find Shared Beginnings and then they adopted my son in November with the help of Shared Beginnings. This time, I was shown respect and more love than you can imagine. They were kind to me and supported me and my family through my adoption plan. My two children that were placed through adoption now live together in Kentucky with their adoptive parents. We talk frequently and they visit when they can.

“Sometimes I just called them to talk, not because I needed something.”

Shared Beginnings has taught me so many new things that I never thought that I could have or reach. During my pregnancy, I was taken care of like their own daughter, sister or mother. They were the best caregivers ever. They didn’t just help me through the pregnancy and adoption process, but they gave me hopes and dreams again. And I am proud to know them and call them my friends. They were concerned about me in morning, at lunch, and during the night. Sometimes I just called them to talk, not because I needed something. They were always checking on me and seeing how the baby and I were doing. Thank you, Shared Beginnings, for all that you do. There are a lot of mothers out there that need you.

A Word From The Adoptive Parents:

As the adoptive mother of these two beautiful children, I’m in awe at the bravery and love shown by their birth mother each and every day. I’m blessed because of her ultimate sacrifice, centered around the love for her children.

When we began our adoption journey in the spring of 2017, we had no clue what we were doing, other than we wanted to open our arms and home to a sweet baby that we could love forever. Blindly, we matched with a sweet Marshallese baby girl, due to be born in Hawaii around April 15th, 2017. Wow! Hawaii? It was certainly out of our budget, plus the cost of travel, but this was the child for us! This was God’s divine plan. Who questioned that? We figured it out, packed our bags, and four days after the match call, our baby girl was born and we were on a plane to get to her 4000 miles away. As you can imagine, it was the most beautiful, perfect moment of our lives. We scooped her up and loved her instantly.

During all of that joy, there were some very scary times as well. We began looking into Marshallese adoptions that were taking place in Hawaii and became scared for what might come. Something always felt off with the individuals we worked with. We did get to meet with our daughter’s birth mom several times while we were in Hawaii and let me tell you, the bond that forms between a birth mom and an adoptive mom is nothing shy of a miracle. It is a connection that’s indescribable. The fact that she is one of the sweetest women I’ve ever met made that connection even better.

Over the next 18 months we built our relationship through messages via Facebook and talked frequently. If I’m being honest, I had some barriers in the first months but I would also go to the ends of the earth for her. She shared with me in early October that she had an adoption plan for the child she was carrying, as she wasn’t ready to parent a newborn. She said she desired for her son and daughter to be together. Of course, there was nothing in the world that would bring me greater joy than welcoming this sweet boy into our family.

“It was then that I began seeking ethical, loving support in the area for this amazing birth mom.”

We had a visit planned in early October in Northwest Arkansas. Our daughter’s birth mom asked for my help in making her wishes come true for siblings to grow up together. It was then that I began seeking ethical, loving support in the area for this amazing birth mom. Through a Marshallese adoption group on Facebook, I was pointed in the direction of Shared Beginnings. I texted the number on their website on a Saturday afternoon as we were traveling back home to KY. I received a response immediately. Within 10 minutes we were having a full blown phone conversation and she was relieving all of my fears of going through the same experience we had through our first adoption. By the end of our conversation, we were in a group chat working out a plan for our daughter’s birth mom to meet them on Monday.

They helped her get legal counsel, medical care, rides to and from doctor appointments and sent me updates at every turn. She had all the support that I wished I could give her if I lived near. The gratitude I have for these women and Shared Beginnings couldn’t be explained if I tried. They are on the ground working for these birth moms and display professionalism and love in all that they do! I’m grateful every single day for Shared Beginnings and their mission to love birth moms in Northwest Arkansas. It’s my honor to be able to share our story of beauty from ashes through this outstanding organization!